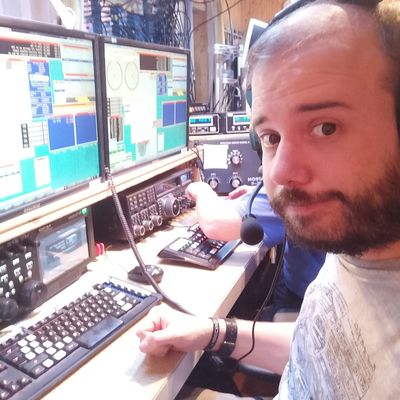 This is how you package something when you send it back to your supplier, for once a customer does this (usually people just put things loose in a box.. and arrives damaged, cause you know.. these boxes get thrown from time to time)

"AO-7 became non-operational in mid 1981 due to battery failure . In 2002 one of the shorted batteries became an open circuilt and now the spacecraft is able to run off solar panels. For this reason it is not usable in eclipse and may not be able to supply enough power to the transmitter to keep from frequency modulating the signal. When continuously illuminated, the mode will alternate between A and B every 24 hours.

In a few days the satellite will be entering and prolonged period of continuous illumination, from about 9-Oct to 2-Dec.

This seems like the ultimate paranoid computer brand https://www.raptorcs.com/

Couple of guys figured out why Microsoft bought Ninja: https://clips.twitch.tv/PleasantRoundMeatloafAMPTropPunch

Our local UPS guys have this electric cargo bike, which is cool

Heatwave this week, so tarped my skylights and started pré cooling my airco's

https://apolloinrealtime.org/11/ Holy crap, this is sexy, complete Apollo 11 mission, with all the data, communications, pics. This is amazing.
Got this from https://tweakers.net/geek/154084/gehele-maanlandingmissie-uit-1969-is-te-bekijken-op-interactieve-website.html #space #apollo

Is AMD back? Please boost

I think they have a little stock 😂

The social network of the future: No ads, no corporate surveillance, ethical design, and decentralization! Own your data with Mastodon!